In the 1920s, more than 100 new homes were built in Lake Forest Park. The roads were improved, gas was cheaper, and more families saw the community as a way of escaping the hubbub of the city. In 1924, a civic club was formed. Small businesses like grocery stores and gas stations began popping up nearby. 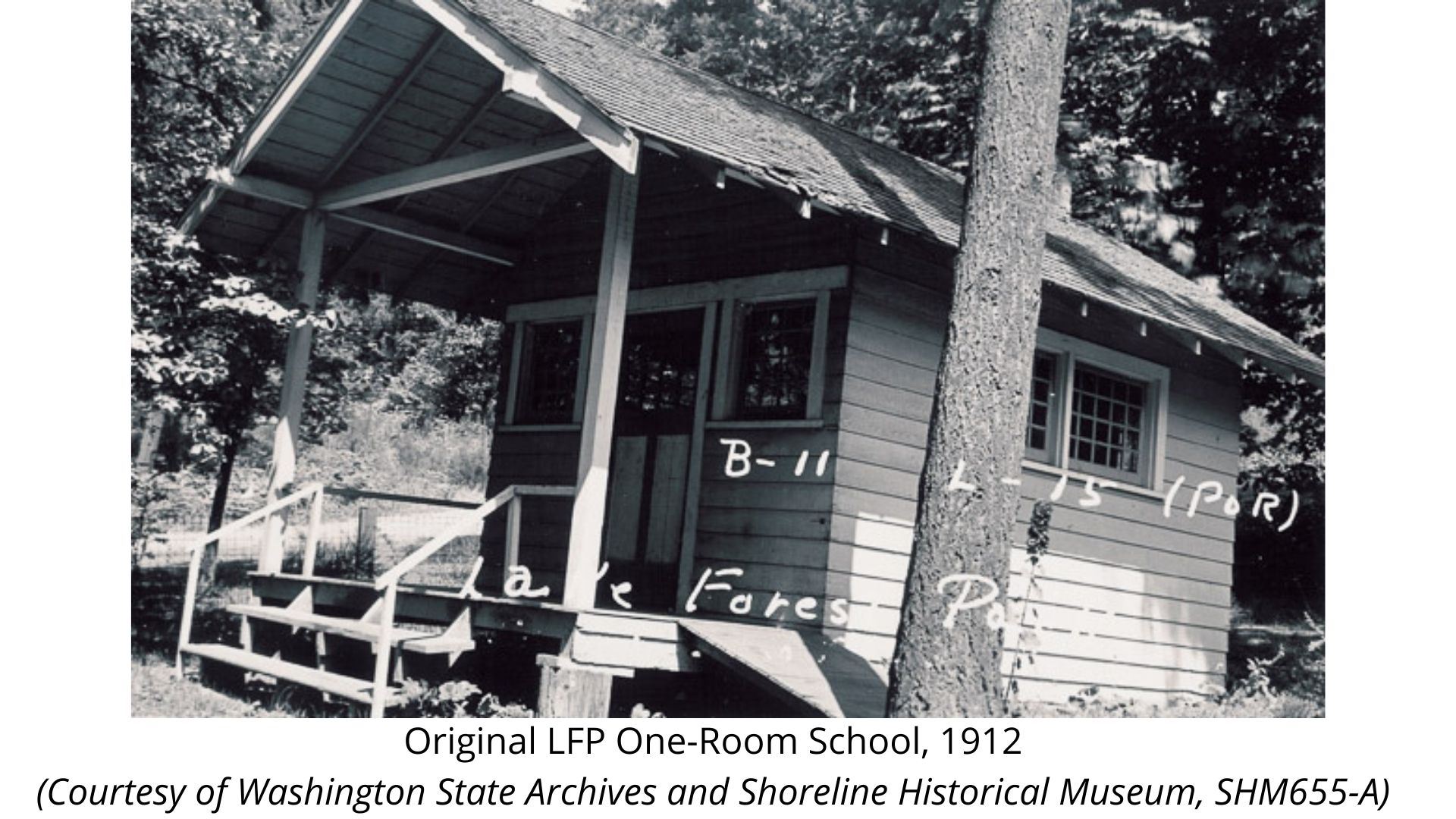 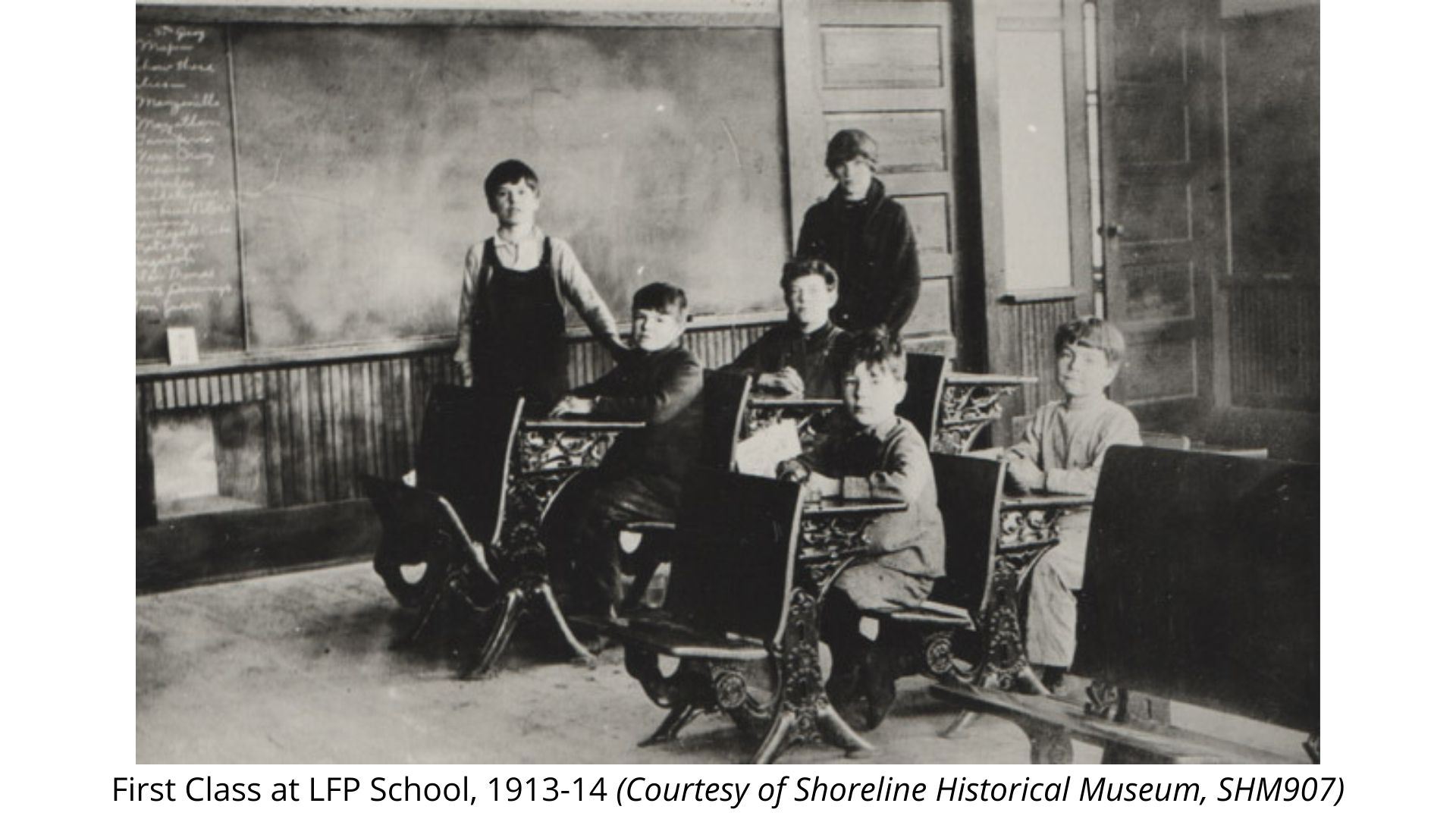 In 1912, Ole Hanson's North Seattle Improvement Company real estate office became a one-room school house for the first children of Lake Forest Park. The site of the first school was actually in the front yard of Ole's partner, Alexander Reid, on 47th Avenue NE. In 1913, the real estate company deeded the current school site to the community, and a two-room school with a basement was built in 1914. As more families moved to Lake Forest Park, the school board acquired additional property, and in 1923 a new, colonial style school building was opened. The 1914 building was retained and used as an auditorium for the new school. The Shoreline School District formed in 1944, with Lake Forest Park School as one of the eight grade schools in the district. It is the only remaining school of the original eight.

The current Lake Forest Park Elementary School building was built in 1969, and remodeled in the early 1990s. As the population in the area increased, a second grade school was added. Built near a tributary of McAleer Creek on 37th Avenue NE, Brookside Elementary opened in 1959. 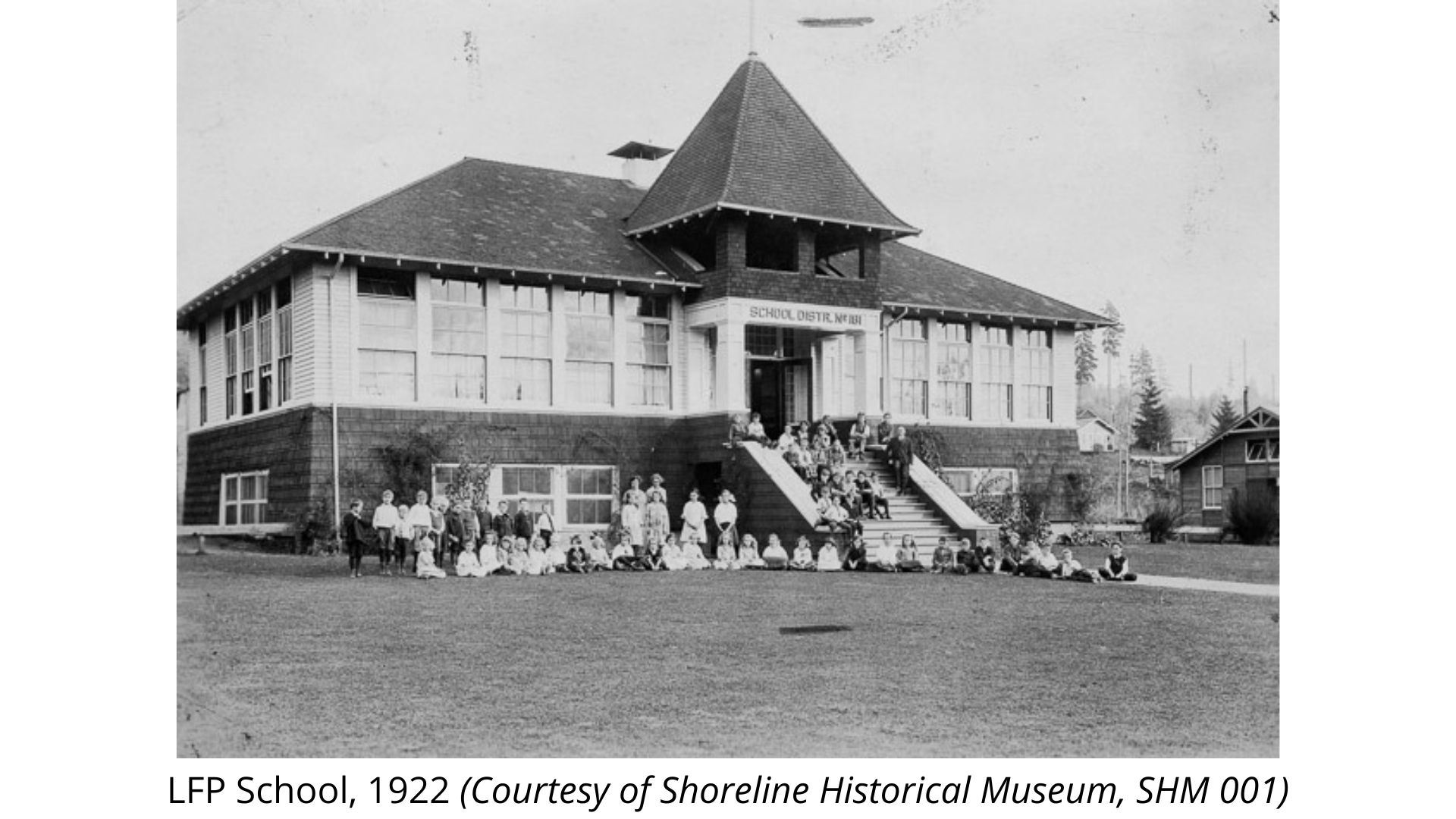 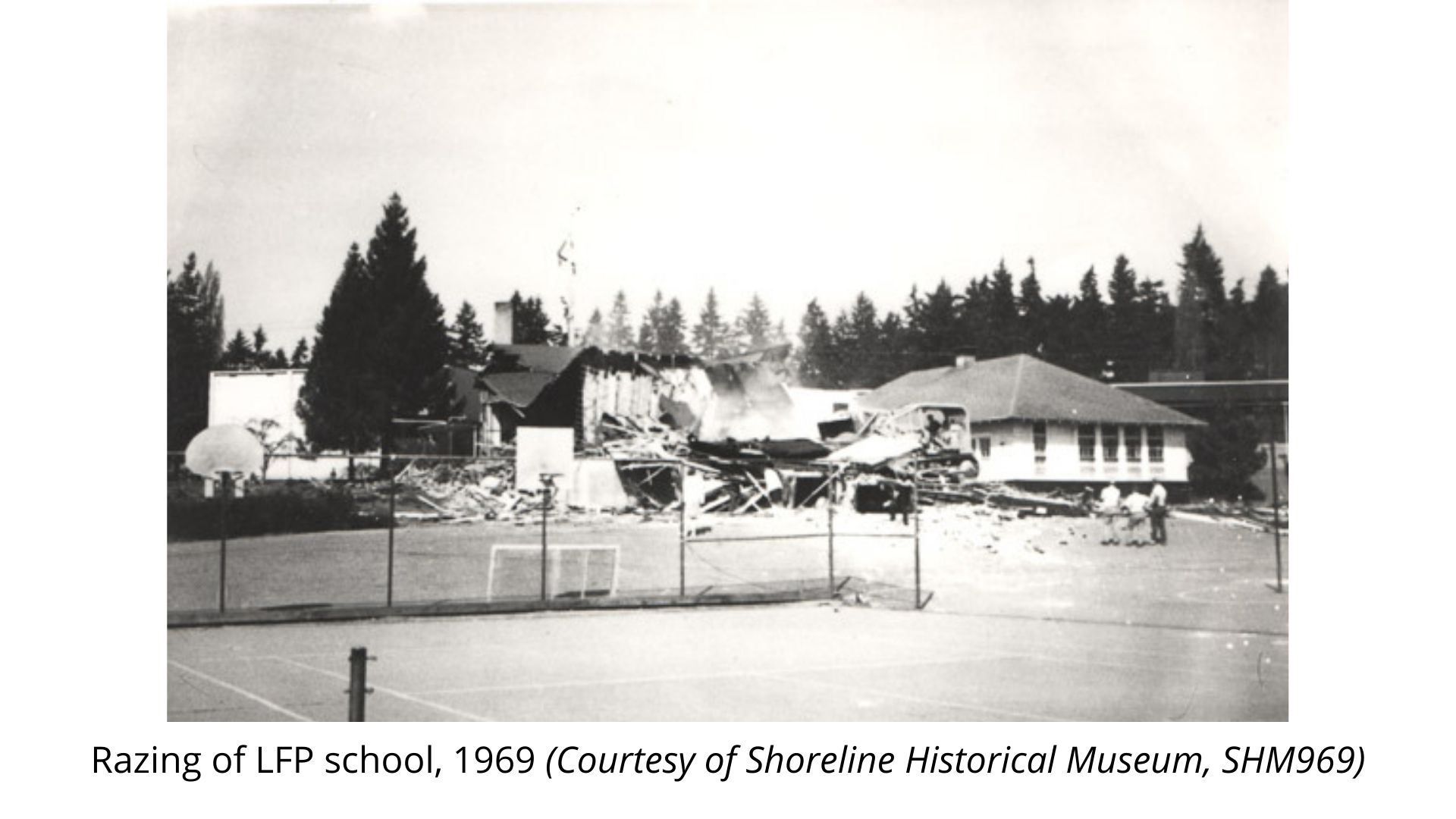 For information on notable residents of early Lake Forest Park, an invaluable resource is Barbara Drake Bender’s 2-volume Growing Up With Lake Forest Park: The Early Decades in "North Seattle." Both volumes have been reprinted and are available at Third Place Books, or to check out at the Lake Forest Park Library. 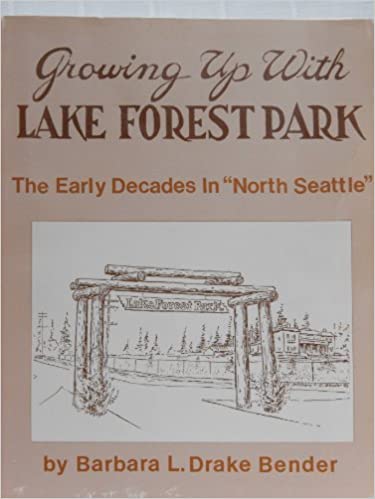