The City of Lake Forest Park is located in King County, Washington, at the northern tip of Lake Washington. Its neighbors are the cities of Seattle, Shoreline, Mountlake Terrace, Brier, and Kenmore.

This journey through Lake Forest Park history was developed as part of our celebration of the first 50 years of incorporation. However, Lake Forest Park has been a community much longer, since the Lake People camped at the mouths of two salmon-rich streams, known today as Lyon and McAleer creeks. Ole Hanson platted the first lots circa 1910, starting the community of Lake Forest Park. The City was incorporated in 1961.

Visitors coming to the City from Seattle or Kenmore on Bothell Way still enter the green landscape of hidden homes and winding roads described by Hanson as a recreation paradise.

The visual history timeline has been updated - check out the new 2020 version!  The timeline (PDF) is a summary of Lake Forest Park historic milestones by decade, showing settlement, development, community and school changes, park acquisitions, and the relocation of City Hall.  The annexation map shows neighborhoods within the City, including the original town boundaries when Lake Forest Park was first incorporated in 1961.  Each additional annexation is highlighted with the dates they became effective. 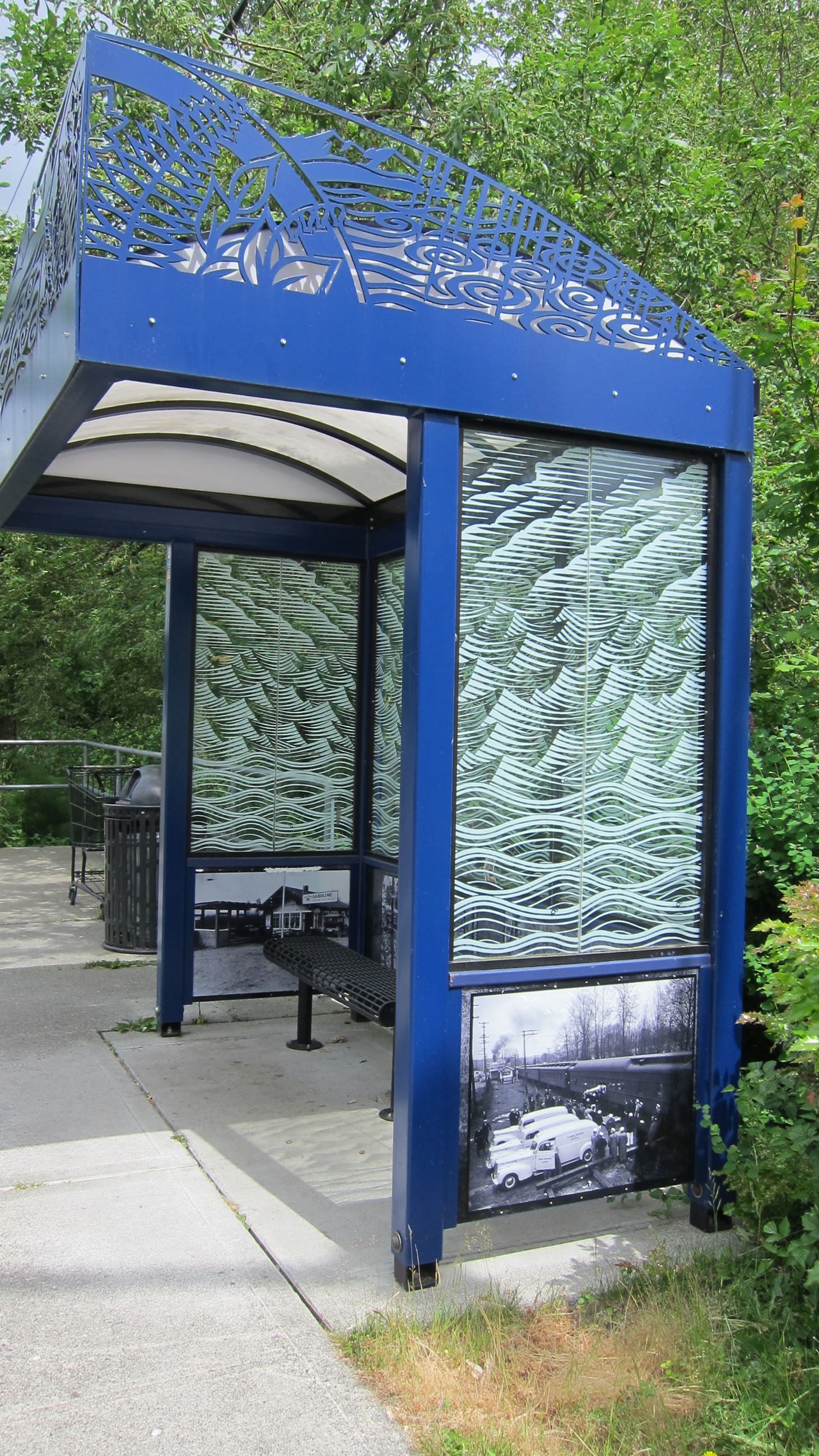 The City of Lake Forest Park partnered with King County Metro to place historic photo murals in six bus shelters within the city.  The images are from the early 1900s through the 1960s and show early life and landmark locations within Lake Forest Park.  View the brochure (PDF) with a map of the locations and a list of the historic photos at each.  Special thanks to the Shoreline Historical Museum, the Seattle Municipal Archives, and the Museum of History and Industry for providing most of the photos.  Thank you also to King County Metro and Photo Center Northwest for making this project possible.

In commemoration of Lake Forest Park’s 50th anniversary in 2011, the city installed eight signs depicting the history of the area before and after incorporation. The project was made possible through a King County 4Culture Heritage Special Project grant in collaboration with the Shoreline Historical Museum.  (Photos courtesy the Shoreline Historical Museum, the Seattle Municipal Archives, and the Lake Forest Park Civic Club.) The signs are placed throughout the city to educate the public and foster community pride in the rich history of the region. View the brochure of the sign locations and subjects (PDF). 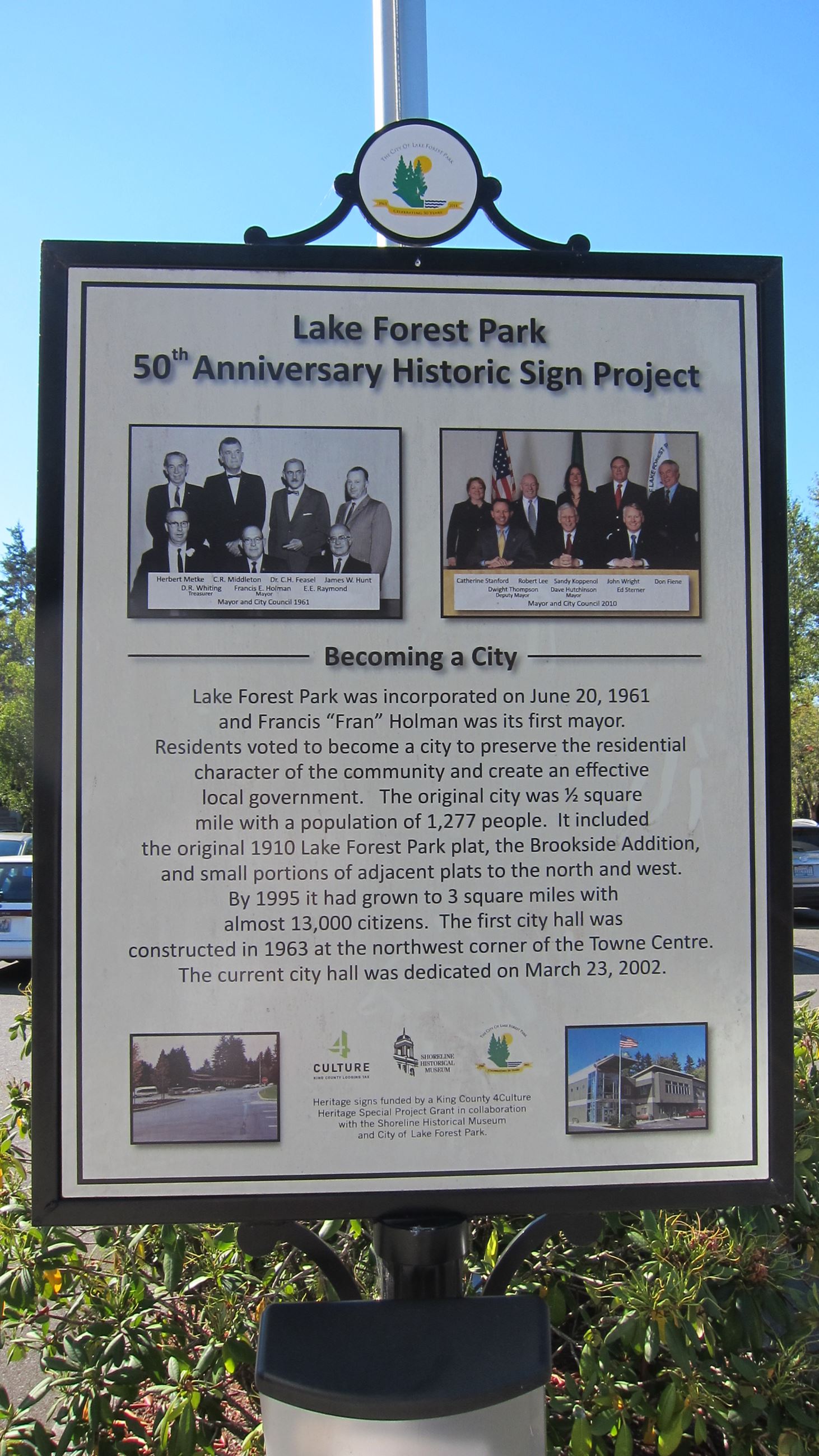